By Jacqueline Charles
July 19, 2020 07:17 PM
Four months after Caribbean countries closed their borders and suspended flights due to the coronavirus, American Airlines on July 7 resumed scheduled service to eight destinations from its hub at Miami International Airport. By Jacqueline Charles | Marta Oliver Craviotto

Less than three weeks after reopening its borders to international visitors, the Bahamas on Sunday announced that it is closing all of its airports and seaports to tourists from the United States, effective Wednesday.

Bahamasair, the country’s national carrier, however, will cease all outgoing flights to the United States immediately, Prime Minister Hubert Minnis said in a national address Sunday.

Outgoing commercial flights will still be permitted to accommodate visitors scheduled to leave the Bahamas after Wednesday, he said. Visitors from Canada, the United Kingdom and the European Union will still be permitted to visit as long as they can show proof of a negative COVID-19 RT PCR test from an accredited laboratory taken within 10 days of their arrival. Also, still allowed under the new order: private international flights and charters and pleasure crafts.

“Regrettably, the situation here at home has already deteriorated since we began the reopening of our domestic economy,” said Minnis, who has been serving as the island-nation’s acting health minister since May. “It has deteriorated at an exponential rate since we reopened our international borders.”

On Sunday, the Bahamas Ministry of Health registered 15 new cases of COVID-19, the deadly respiratory disease caused by the novel coronavirus, for a total tally of 153 cases, Minnis said. Of the total, 49 new infections have been recorded since the country’s borders fully reopened on July 1. And of that number, 31, have been registered on the island of Grand Bahama, which had been COVID-19 free for a little over two months and is still recovering from last year’s devastating hurricane.

“Our current situation demands decisive action, if we are to avoid being overrun and defeated by this virus,” Minnis said. “We cannot allow our hospitals to be overrun. Many priorities must be balanced, be they health, social and economic.”

The U.S., and Florida in particular, represents the largest tourism market for the Bahamas, which has been keeping a close eye on Florida’s high COVID-19 case count and death toll. On Sunday, Florida’s state’s COVID-19 dashboard reported 12,478 new cases, the second-highest total for a Sunday but far below last week’s 15,300.

Faced with such stark numbers and the increased movement of Bahamians since the country reopened after closing to control the pandemic, Minnis also announced new restrictive measures, and warned that more could come if the Bahamas doesn’t see a change in its own spiking infections. As of Monday, all public and private beaches on the island of New Providence where the capital of Nassau is located, Paradise island, Rose Island, Athol Island and surrounding cays will be closed as of 5 a.m., he said.

Also because of the confirmed COVID-19 infections in Grand Bahama, Minnis said, a new island-wide curfew from 7 p.m. to 5 a.m. will go into effect beginning Monday. All indoor dinning, public and private beaches, and parks also will be closed until further notice.

“All congregant activities and gatherings, inclusive of religious services, weddings and funerals and sporting activities will not be allowed, effective Monday,” Minnis said. And beginning Wednesday, Grand Bahama’s international and domestic borders will be closed to all incoming and outgoing flights and sea vessels.

“If efforts to decrease the number of cases are unsuccessful, other restrictive measures may be recommended, including a lockdown beginning Friday the 24th of July,” Minnis said.

The Bahamas’ tighten restrictions come just days before the nearby Turks and Caicos Islands, which reported a 41.4 percent increase in new cases last week, is scheduled to reopen its borders to international tourists on Wednesday.

The Pan American Health Organization has warned that with the reopening of borders comes with risks and countries must not only be equipped to trace and isolate new infections but shut down their borders if need be.

“If we address the current increase in confirmed cases as quickly as possible, Grand Bahama can return to a greater sense of normalcy as soon as possible,” Minnis said.

Like other Caribbean nations, the Bahamas has faced a dilemma with the spiking cases in the U.S. For example, after initially saying that no COVID-19 test would be required for tourists, it soon changed the requirement after cases in Florida, Texas, Arizona and other states began to flare up in late June.

Other islands have delayed their reopening dates, tightened testing protocols or also announced bans on U.S. visitor for the time being.

Less than three weeks after reopening its borders to international visitors, the Bahamas on Sunday announced that it is closing all of its airports and seaports to tourists from the United States ... 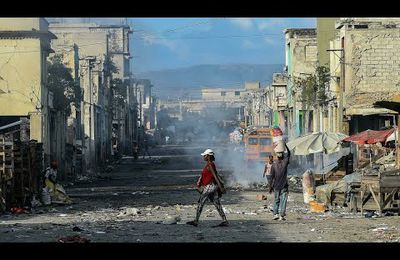