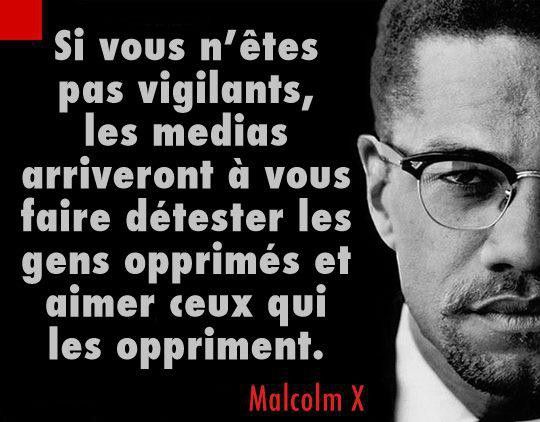 An $8 million disbursement for a post-earthquake industrial park that was never built. Road projects that were approved with no estimated costs or justification — including one to a banana-growing firm with no construction expertise or experience and owned by the man who is now the country’s president. Hundreds of millions of dollars wasted and embezzled with no trace.

The latest installment of a damning investigation by Haiti’s Superior Court of Auditors and Administrative Disputes — the country’s equivalent of the U.S. Government Accountability Office — shows how more than $2 billion in petrodollars from Venezuela’s PetroCaribe petroleum-import finance project were pilfered over eight years by multiple Haitian governments.

Most of the money, spent in the decade following the country’s devastating Jan. 12, 2010, earthquake, was wasted, embezzled and poorly managed as it was poured into hundreds of projects that did little to improve the lives of Haitians after the hemisphere’s worst natural disaster.

“Key steps related to the sound management of investment projects have not been followed,” the court concluded after finding that many of the 409 projects it examined were implemented without “a concern for efficiency, effectiveness and economy.”

“For many of the projects examined, there was a poor definition of needs, the use of incomplete estimates, insufficient risk analysis,” the court said. Auditors added that non-essential add-ons to projects were also responsible for the cost overruns they observed.

“No concern for future generations has been taken into account in the implementation of these projects,” they concluded.

Essentially arriving at the same conclusion as two previous reports, one of which remains in the desk drawers of the Haitian Senate, the latest findings by Haiti’s court of auditors is laid out across 1,067 pages. The report, published Monday, covers the period between September 2008 and September 2016. It includes the six governments under the presidencies of René Préval, Michel Martelly and interim President Jocelerme Privert. The value of all the projects was $2.2 billion, of which $1.7 billion was disbursed and for the most part, analyzed.

The report does not include any PetroCaribe financing that may have been approved under current President Jovenel Moïse’s administration. Moïse, under pressure from the Trump administration, ended Haiti’s support for Venezuelan President Nicolás Maduro in January 2019.

But until then, Haiti was among several Caribbean and Central American nations that benefited from Venezuela’s PetroCaribe oil program. Under the program, countries received petroleum products with payments deferred over 25 years at an interest rate as low as 1 percent. The savings were considered development loans from Venezuela for the countries to invest in social programs to help their poor.

Haiti was still receiving fuel shipments from Venezuela up until November 2018, said former Sen. Youri Latortue. The first to lead a Senate probe into the graft allegations, Latortue said the value of the last few fuel shipments to Haiti was between $30 million and $35 million, and he has no idea how the money was spent.

he auditors’ report undoubtedly adds to an already volatile situation in Haiti and reinforces the decision by the U.S. and other foreign governments to not provide funding directly to the Haitian government out of fear such funds would be mismanaged or stolen.

Throughout the report, the auditors describe not being able to trace disbursed funds because contracts and other documents either could not be found or were not provided by the government institutions responsible for managing and implementing the projects. Similar obstruction took place during previous investigations.

Bottom line, said Port-au-Prince based economist Etzer Emile, the report demonstrates “the missed opportunities” in a country that is today teetering on further despair, led by the ongoing political instability, worsening violence and the global coronavirus pandemic.

Among the court’s recommendations: that the Haitian Parliament devise a mechanism to recuperate the funds. It also recommends that Haitian authorities initiate in-depth structural reforms to better manage and award public contracts.

“The state has an urgent duty to take measures that could strengthen citizens’ confidence in republican institutions,” the report said.

For two years, questions about what happened to the PetroCaribe money fueled unrest and protests in Haiti, and a social media campaign. Despite the mobilizations and a legal case filed by lawyer and opposition leader André Michel on behalf of several citizens, there is little evidence that the report will lead to any high-ranking officials being held accountable for corruption or even Parliament chasing down the missing millions.

Following the publication of the last two reports in January and May of last year, institutions that should have done the follow-up never did. And the Haitian Parliament today consists of only 10 senators after two-thirds of the 30-member Senate and the entire Lower House of Deputies were dismissed in January, rendering the institution dysfunctional.

“Our hopes are not high given how corrupt the current government is,” Velina Charlier, an anti-corruption activist with the grassroots organization Nou Pap Dòmi, said. “But we will never stop fighting for justice. The fight has just begun in fact.”

In a statement, Nou Pap Dòmi called the report an important step and said it plans to continue to demand arrests, and that a judicial investigation be mounted and a trial held.

The report has put the government on the defensive. During a Monday radio interview, presidential adviser Patrick Chrispin tried to credit Moïse for the report, saying the investigation happened because he listened to the cries of the people for justice.

But Chrispin also slammed the report and accused it of bias because it mentioned Agritrans, the banana-growing firm Moïse presided over during his presidential campaign and used as a major selling point. Auditors have accused the company of receiving millions of dollars for questionable road rehabilitation projects and being part of an embezzlement scheme to defraud the Haitian population using the Venezuelan aid.

During a press conference Wednesday in which he defended the post-quake construction of several controversial soccer parks financed with PetroCaribe dollars, Prime Minister Joseph Jouthe said he had not yet read the “voluminous” report. But he has instructed members of his cabinet to familiarize themselves with its findings, he added.

“I hope this report clearly indicates the real spoilers, I should say thieves, the real thieves...of the PetroCaribe funds because the country really needs it to reinforce agriculture, to increase local production, action on health and education,” Jouthe said.

Among the projects that illustrate the difficulties auditors encountered, and their own limitations in being unable to force cooperation, was a planned industrial park to house factories near Morne-à-Cabrit on the outskirts of Port-au-Prince, the nearby housing development that was billed as housing for earthquake victims and a project to rehabilitate the desolate area.

The three projects, totaling $56.7 million, were given to Constructura ROFI SA, a Dominican company owned by Dominican Sen. Félix Ramón Bautista. Accused of wielding his influence to win several controversial no-bid contracts in Haiti, Bautista had his assets frozen by the U.S. in 2018 after the Trump administration accused him of making millions of dollars from post-earthquake Haiti reconstruction projects that he never completed.

While Haiti’s auditors saw that $8 million out of $10 million had been transferred through disbursement orders from the Bureau of Monetization of Programs and Development Aid, or BMPAD, for the industrial park, auditors said they could “not find any documents justifying the payment in question to the company concerned and is therefore not in a position to comment on the use that was made of this amount.”

The auditors also tried to investigate the $22 million that was disbursed to build the 1,500 apartments next to the planned development, and $26.7 million for urban renovation and development of the Morne-à-Cabrit residential area.

While the audit shows the money being spent for the housing, it did not address concerns raised by Haitian authorities over the shoddy workmanship of the 344-square-foot houses that are about the size of a standard hotel room, and their failed attempts to get Bautista’s firms to fix the problem, complete units and reimburse the state.

The court also noted that as far as the $26.7 million for the urban renovation, auditors “did not trace the contract, bills, invoices, proof of transfers and no other documents likely to justify the disbursement in question to the firm concerned. So it is clear that the Court cannot rule on the use made of that amount, which constitutes an irregularity that may cause harm to the project and the community.“