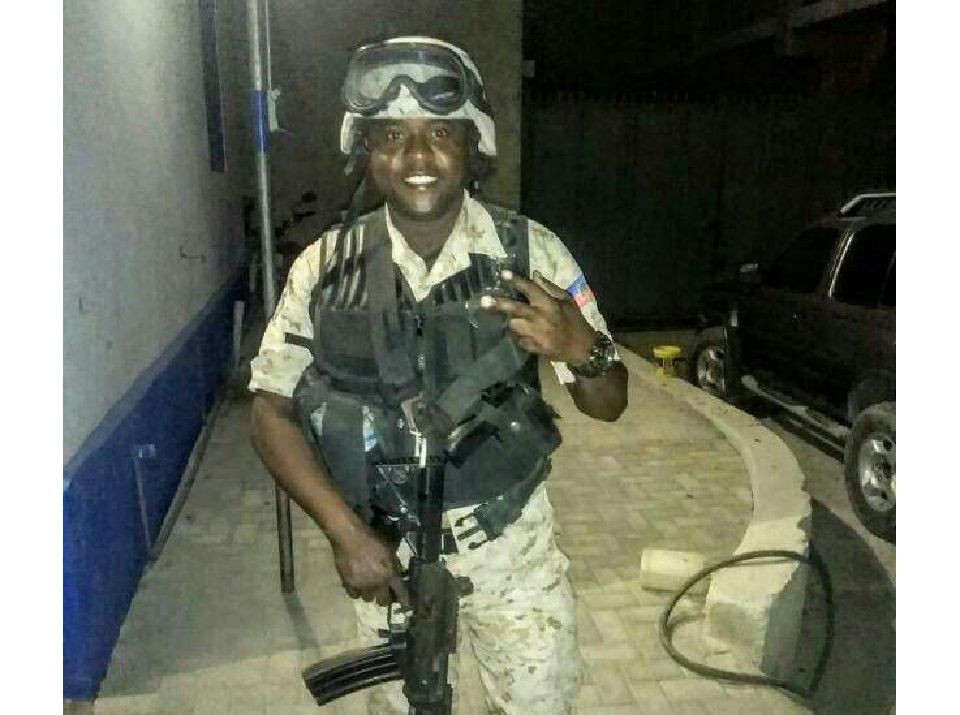 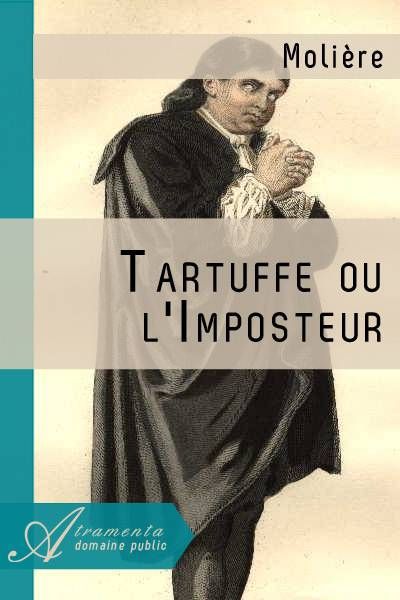 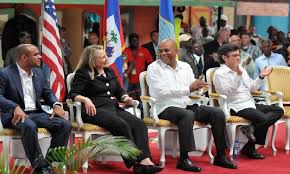 PORT-AU-PRINCE, Haiti — Jovenel Moïse is president of Haiti, but ask the people of the terrified shantytowns who's in charge in this impoverished Caribbean capital, and they'll point to a man called Barbecue.

A former police officer who portrays himself as the savior of the streets, Jimmy “Barbecue” Cherizier has come to symbolize the accelerating erosion of Haiti’s already challenged rule of law during the coronavirus pandemic. Accused of orchestrating massacres that left dozens of men, women and children dead, he has succeeded in accomplishing the once unthinkable: uniting the warring gangs of Port-au-Prince into a powerful new confederation aimed at what he calls “revolution.”

Cherizier announced the alliance on YouTube in June in a powder-blue three-piece suit. His newly formed “G9 Family and Allies” paraded triumphantly through the streets of the capital last month, led by gang leaders and dozens of armed men — both a flagrant violation of coronavirus rules and a warning to all.

On a recent afternoon, Cherizier led a reporter through the run-down neighborhood of La Saline, stomping over festering piles of garbage, barging into one corrugated shack after another, bellowing, “You see the conditions they live in?” as residents cowered.

“This is an armed revolution,” Cherizier told The Washington Post at his headquarters in Delmas 6, a no-go zone where he is hailed as a protector. “We will put guns in the hands of every child if we have to.”

But critics say he’s not targeting the government — he’s going after its opponents. Human rights activists and political opponents say the U.S.-backed Moïse has done little to check the rise of Haiti’s anarchic gangs, at least in part because their growing influence has appeared to serve the president’s interests.

With an apparent goal of becoming the strongman of the streets, Cherizier and members of his consolidated gang are extorting businesses, hijacking fuel trucks and kidnapping professionals and business owners for exorbitant ransoms as high as $1 million.

As he brings Port-au-Prince to its knees, Cherizier is also terrorizing poor neighborhoods where opposition to Moïse runs deep — potentially neutralizing any challenge to his party’s continued rule.

Barbecue expanded his turf through the alliance, controlling all of Port-au-Prince’s downtown and critical cross sections leading to the north and south, and the dense, opposition-dominated slum Cite Soleil that is now living a gang-fueled reign of terror.

Cherizier denies an alliance with Moïse. But in Cite Soleil, victims and human rights groups say G9 gang members have looted and burned down shacks and stalls, systematically raped women, killed at random, and dismembered or torched bodies.

When Cherizier’s men took to the streets in June, witnesses claimed to have seen them ride in the same armored vehicles used by the national police and special security forces. Justice Minister Lucmane Delile denounced the gangs and ordered the national police to pursue them; within hours, Moïse fired him.

Haiti has a tragic history of disasters. Will covid-19 be next?

Moïse’s office initially agreed to an interview but then did not respond. The president has denied ties to the gangs, which he has described as Haiti’s “own demons.” His government says it is seeking a disarmament accord with them.

“We prioritize dialogue, even in our fight with bandits and gangs,” Moïse said in March. “I am the president of all Haitians, the good and the bad.”

There’s a standing warrant against Cherizier for allegedly possessing illegal arms and failing to report for duty — the reason police gave for firing him last year — but it has not been served. Cherizier denies that his gangs have committed violence in the slums. He has not been charged in a 2018 massacre that left dozens dead in La Saline, or any other killings.

“The government has said nothing about [Cherizier’s rise], and the international community has turned a blind eye,” said Pierre Espérance, director of Haiti’s National Human Rights Defense Network. “There is no rule of law anymore. The gangs are the new Macoutes. It feels like there is a manifest will to install a new dictatorship.”

Governments across Latin America have used the coronavirus to harass their opposition, delay or manipulate elections, and consolidate power, undermining democracy in a manner not seen in the region in decades.

The right-wing interim government in Bolivia is accused of unleashing an intensifying wave of repression against its political opposition. Critics say Salvadoran President Nayib Bukele is violating civil liberties with mass arrests of quarantine violators and gang members. Courts controlled by the authoritarian government of Venezuelan President Nicolás Maduro have replaced the heads of opposition parties amid a fresh wave of arrests of journalists and social leaders.

15 babies and children died in a fire at a group home in Haiti run by a U.S. church

“Coronavirus is the perfect excuse for a power grab and authoritarian measures to crack down on political opponents,” said Michael Shifter, president of the Inter-American Dialogue, a Washington-based think tank. “This is a regionwide trend, but the consequences are worse in the countries already facing the most dire situations.”

Moïse, 52, won the 2017 presidential election after a 14-month standoff over alleged fraud in a previous vote. Analysts say his base of support is thin amid allegations of government corruption in the petrodollars that flowed for years from Maduro’s Venezuela.

students and opposition groups that led to a three-month Peyi Lok, Creole for “country shutdown.”

Businesses were burned, hotels and restaurants shuttered, and thousands of Haitians left jobless. By January, the underpaid national police joined the protests, burning their own vehicles and blocking traffic on the capital’s main arteries.

Moïse has postponed legislative elections indefinitely. The opposition says his term ends in February, but he says he can stay in office a year beyond that.

“There’s no possibility of holding elections while he’s in power,” says Andre Michel, spokesman for an alliance of opposition parties. The opposition is calling for Moïse to resign and a transition government to be put in place.

U.S. officials have urged Moïse to call new elections. But critics say they’ve largely turned a blind eye to his government’s alleged links to the gangs because they value his support for the Trump administration’s hard-line policy against Venezuela’s Maduro.

“There is no real concern for the plight of the Haitians, whether they are being beaten and killed by the president of Haiti,” Waters told The Post. “As long as the president is in our pockets, everything is okay.”

David Mosby, head of the State Department’s Bureau of International Narcotics and Law Enforcement Affairs, met with Haitian police officials this month to discuss the wave of gang violence.

Sison called on “all of Haiti’s actors” to engage in dialogue.

“Rather than pointing fingers,” she told The Post, “our point is to encourage all actors . . . to think about the most vulnerable who continue to bear the brunt of these challenges.”

Few nations are as vulnerable as Haiti. The poorest country in the Western Hemisphere has lumbered through decades of misery, finally shedding the yoke of the Duvaliers in the 1980s only to spiral into a gyre of lost potential and repeatedly failed efforts to lift its population out of dehumanizing poverty.

The 2010 earthquake that killed more than 200,000 Haitians and left 1.5 million homeless crystallized the country’s plight, bringing, for a time, an avalanche of international organizations and promises, finally, of transformative aid. But many of the charities have since departed, the transformation unrealized, leaving a mix of resentment and hopelessness as the country has teetered on the verge of anarchy.

Health analysts feared the coronavirus would devastate Haiti.  Most believe numbers are higher than the official count of 7,810 infected and 192 dead, but the country’s relative isolation seems to have spared it the worst of the pandemic so far. Still, the outbreak has made chronically underfunded health care here worse — medical staff, lacking protective gear, have failed to show up for work, leaving hospitals operating shorthanded or closing altogether.

Rumors, particularly in rural areas, that symptomatic Haitians are being used as experiments for unproven vaccines have led some to avoid treatment. Doctors say parents are now rejecting regular vaccines for their children in alarming numbers.

The coronavirus crisis has opened a window of opportunity for Barbecue. As a police officer, Cherizier, whose nickname stems from his mother’s locally famous grilled chicken, allegedly led a feared gang that for years was involved in murder, rape, extortion and kidnapping.

While Haitians were locked down, he helped unify street gangs under the G9 Family and Allies umbrella. Gang members began rolling into anti-government hotbeds in sophisticated armored vehicles with automatic weapons and tear gas. The National Network for Defense of Human Rights and witnesses say homes were torched, weapons fired and at least 111 people killed.

Police say they are unable to explain why their vehicles appear to have been used in the operation. They say they are investigating.

In a narrow alley between ramshackle two-story dwellings, Cherizier paced back and forth, alternately shouting or laughing into a succession of cellphones rushed to him by a posse of eager-to-please youth.

He insisted he was not working for the government but to liberate the Haitian people.

“The bourgeoisie, the opposition, the government, they are the problem,” he said. “They call us gangs — they are the gangs! We’re defending the ghetto. It’s live or die here.”

In Haiti, family members of gang victims often avoid reporting deaths, for fear of reprisal. But Leo and her partner have instead insisted on an autopsy and shared their grief on social media. She says they now get death threats.

“It’s never been like this,” she said. “I’ve lived here all my life. I have never lived in so much fear.”

Colombian guerrillas are using coronavirus curfews to expand their control. Violators have been killed. 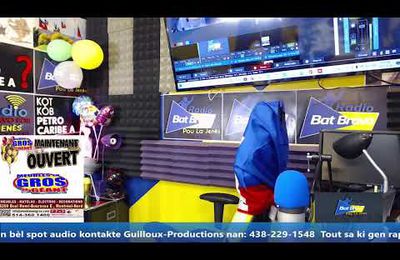 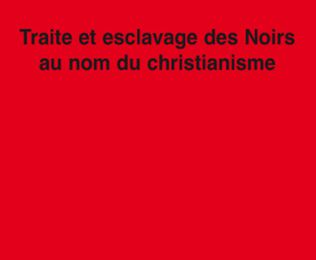