To the astonishment of those who’ve been watching and studying the Haitian situation during the past 20 years and more, the Organization of America States (OAS) released a statement on Monday admitting, finally, that the international community was responsible for the crisis ravaging Haiti today.

“The institutional crisis that Haiti is experiencing right now is a direct result of the actions taken by the country’s endogenous forces and by the international community,” reads the first paragraph of the statement from the organization’s General Secretariat. Then, dropping the idea of those “endogenous forces” entirely, here’s the second paragraph: “The last 20 years of the international community’s presence in Haiti has amounted to one of the worst and clearest failures implemented and executed within the framework of any international cooperation.”

If ever a confession should lead to a severe punishment, this one should. We don’t even know how to punish such a gross dereliction of duty and humanity. Nuremberg trials come to mind, when you consider all the Haitians who’ve died as a result, from violence at the hands of gangs, in rough waters trying to escape, and from lack of housing, sanitation, and health care, all often promised but never delivered by the international community. But this strange, unprecedented document, with its seemingly full-throated confession, ends on a sour note, pointing out that precisely because the international community has destroyed Haiti, rendering it ungovernable and its violence beyond its “endogenous” capability to stop, the international community alone can fix it.

The final section begins with this lugubrious assessment of the Haiti the international community has built: “Haitian society is very vulnerable and polarized. Its institutions are weak, its organizations are weak, and the path must be struck toward building them from zero, or even less than zero.” Let’s not forget that just a few paragraphs earlier the OAS maintained that this crisis is a direct result of actions taken by the international community, among others. The group then suggests that the way out must include dialogue that includes “all the political forces that can possibly be brought together,” a trustworthy “fair, transparent electoral process,” and “an institutional security process for the country.” Its recommendations require, it asserts, “the cooperation of the international community, obviously in everything with regard to the necessary resources, whether financial, human, or material.” My favorite locution, in all this grandstanding is “obviously in everything.”
Translated from the high rhetoric of international policy into, say, the language of familial crisis, this would read: “Daddy has always used his money, his physical power, and his community standing to control and abuse you. He has shattered your self-confidence, raped you regularly, and stolen every little bit of anything you could ever earn or call your own. He’s also encouraged the bullies in your neighborhood to harm you. You’ve fallen apart completely from repeated abuse. So now in order to heal, please let Daddy fully enter your life once more (as if he ever left), and use his money, power, and community standing to control and abuse you again. Then everything will be okay.”
The OAS also turns by implication to the Biden administration in its conclusion, suggesting that not every member of the Core Group—Haiti’s self-appointed guardians, consisting of ambassadors from the United States, France, Spain, Brazil, Germany, Canada, and the European Union, as well as representatives from the United Nations and the OAS—has the resources to “pay the bill” to help Haiti “find its way out of the crisis facing it.” Thus, it goes on, “the responsibility for paying this bill falls to only a few who must not and cannot delay in taking up their responsibility…” Of course they might also be thinking of France, Haiti’s imperial slaveholding colonizer whose role in bleeding the country dry was the subject of a recent five-part New York Times investigation.

The OAS document makes some good points: It’s hard for Haitian political factions to come together for reasons of “interests that prevail in Haiti.” Implicit in the whole statement is the idea that those Haitians who could have been expected to push for decent governance in the country have failed entirely—and there’s some truth to that. But really it’s the Haitians whom the international community has brought forward and petted, like Ariel Henry, the current de facto leader, who have failed the Haitian population again and again. Not to mention the criminally minded factions among the business community, among whom are many Haitians to whom the Core Group has repeatedly turned, expecting stability. But in return for petting, special favors, financial support, and bending of the rules, this group has offered the Core Group—and more importantly, the average Haitian—only corruption, instability, economic and social destruction, and the gangs, with their kidnapping, rape, murder, and mayhem.

Yet the sad fact, and one acknowledged by most responsible Haitians, is that given the condition in which international rule has left the country, Haiti today cannot solve its problems alone. It can wait out the current moment, but the current moment is only likely, uncontained, to lead to a consolidation of gangs and the emergence of an old-fashioned strongman—a president for life who rules from the trigger of an automatic weapon, with a secret police force to back him; a return, that is, to the era of the Duvaliers, the fall of whose dynasty was the beginning point for the international community’s very poor exercise in democracy in Haiti.

And although the national police in Haiti have been making small inroads against the gangs in recent days, most of this progress has been done through extrajudicial killings, sometimes targeting as many as nine gang members at a time, in part because the police have neither the training nor the manpower to bring the country’s violent gangsters to the point of arrest. Even if they did, there’s no functioning justice system to process them. Haiti’s prisons are overcrowded with people who’ve never been brought before a judge—and judges themselves are in scarce supply. Nor has prime minister Henry made any statement congratulating the police or enunciating a new security policy.

Beyond that, a more profound and painful problem persists. The international community is so much a part of the Haitian political and economic scene that, as the confused OAS statement reveals, it’s hard for any of the actors involved—Haitian or foreign—to see a way forward without outside assistance and guidance for Haiti, in spite of the historic record of failure. International involvement and favoritism has sown so much confusion and caused so much infighting among Haiti’s political class, its business sector, and even its gangsters that it’s almost impossible to imagine Haiti rising out of the current turmoil without once again involving the same foreign entities. Hence the we-broke-it-we’ll-fix-it tenor of the OAS statement.

How did a country with so much promise, so many resources, such a brilliant, hard-working, and creative population, come to this pass? Slavery of course was foundational, but so was the breathtaking 1791—1804 revolution that shook the world’s economy and freed Haiti from French rule.

Ever since becoming the world’s first Black republic, Haiti’s relationship to the white world has been vexed, and interference from the rest of the world has had the pernicious effect of ongoing exposure to a deadly virus. Until yesterday, no official statement from an outside institution has ever blown the ongoing cover of “good intentions,” “advanced ideas,” “blueprints for progress, “charitable impulses,” and “building back better” (originally Bill Clinton’s slogan for international Haiti policies after the 2010 earthquake) under which the international community picked apart and helped destroy the social and political entity that was Haiti.

Now Haiti is left with the results of all those good intentions: guns and ammunition coming in from Miami and elsewhere, bodies in the streets, no one safe from kidnapping, and a deadened, benumbed puppet government that the international community seems reluctant to prod into action. Educated Haitians are fleeing the country along with immiserated families whom gang battles have displaced from their homes. But there is still a remnant of civil society in the country, advocating for a new, Haitian-created, democratic republic. No political group is free from vested interests, but some political groups are more honest and more democratic than others. Surely the international community—with its long term “expertise” in Haiti—knows which those are, and can decide to align itself with them, rather than continue down the current path of destruction.

Amy Wilentz, a Nation contributing editor and Guggenheim fellow, is the author of The Rainy Season: Haiti Since Duvalier; Farewell, Fred Voodoo: A Letter From Haiti; and the novel Martyrs’ Crossing; among other books. She teaches Literary Journalism at the University of California, Irvine. 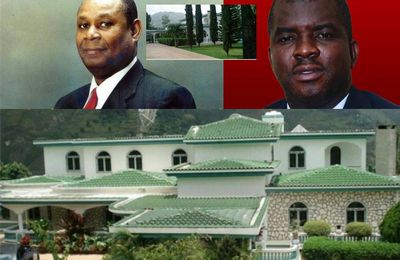