linkThe Failure of the American Occupation of Haiti, 1915-1934

"The Repression of the Haitian Voice

Opposition to the Occupation began right after the Marines disembarked. Rebels, termed “cacos” by the Americans, vehemently tried to resist American control of Haiti. In response, the Haitian and American governments began a vigorous campaign to disband the rebel armies.[49]

Charlemagne Péralte, a prominent caco leader opposed to Dartiguenave, rallied caco support to “drive the invaders into the sea and free Haiti”.[50] His attacks, aimed at isolated posts of guards and gathering more advanced weapons were recognized as a considerable threat. The repression of caco rebels began with the difficult task to “Get Charlemagne.”[51] Following his betrayal, Péralte was trapped and killed on November 1st 1919 and with him died much of caco resistance. Péralte’s naked body was set on a door, in a semblance of crucifixion, and left as an example to other cacos. In the killing of Péralte, Americans displayed the same brutality that they had found so shocking when exhibited by Haitians in the murder of Guillaume Sam.[52]

In the campaign to free Haiti of “banditry,”[53] large numbers of cacos were killed, with estimates ranging from 1,500[54] in the most conservative accounts to 3,000[55]. Some sources also suggest that up to 5,500 Haitians died in forced labor camps under the corvée system operating under the Occupation.[56] The corvée was a law contained in the rural code of the Constitution that required citizens to work up to 3 days per year on the public roads to maintain them, or pay a tax[57]. The Occupation used this clause to justify raids and remove men from their families to work in marginal conditions for months at a time.  This system was reminiscent of the conditions of slavery under the French; it seemed as though the Americans were forcefully keeping the Haitians in bondage to serve their interests.[58] To maintain worker morale, there were “weekly pep talks by Dartiguenave and his cabinet ministers whom Smedley (Butler) brought out to ‘impress upon (the workers) that they were doing this for their country and not for the white man.’”[59]

In response to opposition from vocal political dissidents, Admiral Caperton had declared martial law and strongly censored the press back in 1915.[60] Beyond a mere lack of freedom of speech, journalists were also arrested and incarcerated for inflammatory articles and their presses were shut down[61]. When the editors of several prominent Haitian newspapers were imprisoned, they asked the editor of The Nationto “let the American public know how the Haitian people is forbidden to cry when it is being crushed.”[62] When news of these circumstances returned to the U.S., many Americans raised objections to such authoritarian American policies as “clear violations of international law and of our own constitution.”[63] Riots against the Occupation provoked also Marine reprisal, as in Aux Cayes in 1929. In order to dissolve the encroaching crowd of protesters, Marines shot into the unarmed mob killing at least two dozen people.[64] This incident became known as the Cayes Massacre, and served as the chief example of possibly (in many cases unwarranted) American brutality. Press censorship and the campaign against the cacos are examples of the Occupation’s use of force to stifle dissent and the voice of the Haitian people." 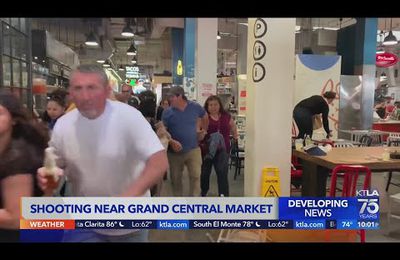