By PAUL LEWIS, Special to the New York Times

TALLOIRES, France, Feb. 8— Jean-Claude Duvalier, the deposed dictator of Haiti, spent the first full day of his political exile much as he lived at home - holed up in a luxurious residence behind armed police guards.

Mr. Duvalier arrived here early this morning with his wife, Michele, and a party of 22 after being flown from Haiti to Grenoble, 60 miles south of here, on a United States military jet.

Reporters, photographers, television camera crews and curious inhabitants of this Alpine lakeside village waited all day by the police barriers around the Hotel de l'Abbaye, where the Duvalier party is being lodged. But there was no sign or word of the 34-year-old former President.

On the rare occasions when reporters' telephone calls got through to the hotel, a converted 11th-century monastery, a voice replied that Mr. Duvalier did not wish any contact with the press. Telexes sent to the hotel went unanswered.

Police officers, hotel staff members and town officials were seen entering the gray stone building on the shores of Lake Annecy. But the shutters remained closed all day on the second-floor lakeside suite that hotel employees said the Duvaliers were occupying.

A French plainclothes police officer, who would not give his name, told reporters that Mr. Duvalier and the French Government had agreed that the former ruler would stay silent and out of sight. Visit From a Doctor

Deputy Mayor Georges Bis said a doctor visited the hotel today because some members of the Duvalier group felt ill after the long flight and the change of climate. The identities of the most of those in the Duvalier party are not known, but a United States Embassy spokesman in Haiti said they included the Duvaliers' children and Mr. Duvalier's mother, Simone.

The isolated location chosen for the group's stay and the withholding of information from the press indicated that the French Government feared political embarrassment over its decision to admit Mr. Duvalier and was trying to keep his presence inconspicuous. Crucial legislative elections are to be held here in five weeks.

On Friday, Foreign Ministry and Interior Ministry officials said the Duvalier party would not be allowed to stay in France for more than eight days. Mayor Denounces Decision

The Mayor said he learned that Mr. Duvalier was coming to Talloires only at 7 P.M. Friday, when he got a telephone call from a Government official.

''His presence was imposed on us by order of the Interior Ministry,'' the Mayor went on, adding that he might call a meeting of the town council to declare Mr. Duvalier persona non grata.

He said Mr. Duvalier's arrival could hurt Talloires's reputation as a resort. But the real problem, he emphasized, is how long Mr. Duvalier will have to remain when no other country seems willing to take him.

''They said Bokassa would only be in France eight days, and he is still here,'' Mayor Burdeyron said, referring to Jean-Bedel Bokassa, the self-styled emperor of Central Africa who was deposed in 1979 and was admitted to France by the Government of President Valery Giscard d'Estaing. Prime Minister Defends Move

In Paris, Prime Minister Laurent Fabius today defended the Government's decision to accept Mr. Duvalier, saying it ''conforms with French tradition'' and would help the development of democracy in Haiti. But he insisted that Mr. Duvalier's stay in France ''can only be temporary.''

Foreign Ministry officials said France, with help from the United States, was still searching for a home for Mr. Duvalier.

Switzerland, Morocco, Greece and the West African countries of Gabon and Cameroon have denied reports that they will accept Mr. Duvalier.

A Swiss Foreign Ministry spokesman said today that he knew of no negotiations between Switzerland and France to allow Mr. Duvalier to spend some time in Switzerland. Talloires is only a few miles from the Swiss border.

If no other country will accept him, the Government may be forced to let Mr. Duvalier stay on in France, where he owns several expensive properties. 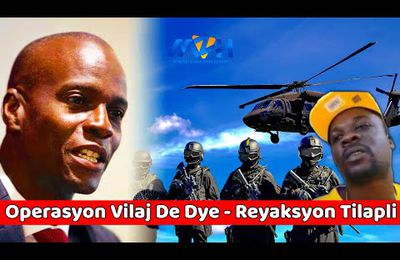